Top used cars that cost less than a thousand dollars

For someone who is accustomed to jobs that will earn them somewhere around $1,200 or a $1,600 for, let’s say, an air conditioning repair, getting a car for less than a grand can seem to be a little far-fetched. However, there are many used cars listings wherein one could easily find a car or even a truck for less than a grand. But does it sound good? Will it be worth the investment? There are a couple of things to be considered, such as the condition of the vehicle and the intention of usage before taking up a used car. Let us take a look at some of the potential cheap cars that will be available for less than $1000.

1997 Ford Escort
Escorts have been known to run way longer than what their manufacturers claim. Selling at around $500, these cars sure will have some imperfections owing to their age. However, if you’re willing to let go of the fact that the car doesn’t have airbags or electronic stability control, then this surely is a hell of a deal.

2001 Chevrolet S-10 Pickup Truck
Who wouldn’t wish for buying a cheap pick-up truck that is under 1000 dollars? While the fact remains that the car will be nothing fancy, it does have a robust 2.2-liter, four-cylinder engine with manual transmission and rear-wheel drive, making it the perfect utility vehicle.

1997 Cadillac DeVille d’Elegance
Did you ever imagine that a luxury car would come for less than $1,000? Well, to be honest, it is not the car but only the parts, but imagine buying all these parts and selling them for better profit? This is exactly why it should be mentioned among some of the best cheap used cars under $1,000 in this list: that it costs only around $800.

2005 Saab 9-3 Arc
There are many cases where some cars are available at really cheap prices when the carmaker no longer exists or have stopped operating altogether. Saab, unfortunately, had to face the same issue when they faced bankruptcy seven years ago. There are some Saab enthusiasts who would love to grab them for a bargain price of around $975. Also, one can stay assured about repair as the parts are still available in the market.

1994 Volvo 940 Turbo Wagon
Volvos are known to last way longer than what their manufacturers claim, and they do hold the Guinness record for the longest distance traveled by a single owner. Although usage and maintenance do play a huge role in the longevity of a vehicle, one can stay assured that Volvos will never let them down. A 940 Turbo Wagon will cost around $955. 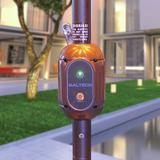 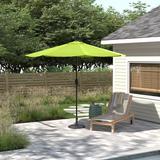 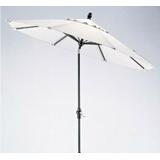 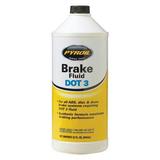 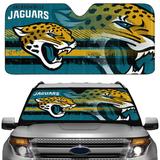 Triple A – the American Automobile Association (AAA) – is not just good for roadside assistance or a tow i...

An overview of the invoice price of cars

Dealer cost is also known as invoice price. It appears on the invoice that the manufacturer sends to the deale...

Greener cars are the future. More car companies are investing in the greener versions of their cars for those ...

Some great reasons to buy the power-packed Dodge Challenger

The Dodge Challenger is a masculine car that gives you oodles of energy when you step on the pedal. This is an...

Things to consider before choosing a plow attachment for your truck

Snow and ice removal is a lucrative business especially in areas where winter is the primary season of the yea...

Buying an auto engine is considerably confusing. Sometimes, a brand-new engine would trigger issues within a w...

Guest satisfaction is one of the most rated achievements of any car dealership and this is indeed the motto fo...

Experience driving luxury and elegance with a used Bentley

Luxury comes at a price that you own it for the time or for years to come. One such investment is a car that e...

Reasons why performance tires need to be your first choice

A high-performance engine, suspension kits, and nitrous oxide might be responsible for the speed of your car, ...