Here is all you need to know abut the best cars that were launched in the year 2017 along with their specifications.

Kia Cadenza:
• Kia Cadenza ranges from $32,890 to $45,290.
• Kia Cadenza is a car that has a 4 door saloon body style with a front located engine supplying power to the front wheels.
• Its fuel system is direct petrol injection and the fuel tank capacity is 18.5 Gal.
• The engine (DOHC 24-valve V6 engine, aluminum block, and heads, direct fuel injection) transmits power to the wheels via an 8-speed automatic transmission.

BMW X5:
• Its base price is approximate to $56,495, with a maximum speed up to 155 mph.
• This vehicle has a 5 door, sports utility vehicle type body with a front mounted engine powering all four wheels.
• Power is produced by a double overhead camshaft, 4.4 liters turbocharged 8 cylinder engine. The fuel system is direct petrol injection.
• Its fuel consumption is about 14 mpg in cities and 30 mpg on highways.

Lexus RX:
• Lexus RX is a five-passenger luxury utility vehicle, ranging from $43,995.
• One of its key features is that it experience the power of the polish with an advanced 3.5-liter V6 and eight-speed automatic transmission.
• It offers mileage about 20 mpg in cities and 27 mpg on highways. Its fuel tank capacity is about 19.2 gal.

Mazda CX 9:
• The Mazda CX-9 uses a turbocharged 2.5-liter four cylinder engine rated at 227 horsepower and 310 pound-feet of torque, joined with a six-speed automatic transmission.
• It hits the maximum speed up to 130 mph and with a base price of $32,420.
• It’s EPA mileage estimates up to 20 mpg in cities and 26 mpg on highways and its fuel tank capacity is 19.5 gal.

Nissan Rogue:
• Nissan Rogue is featured with front-engine (DOHC 16-valve inline-4, aluminum block, and head, port fuel injection), all-wheel drive, 5 passengers, 4 door hatchback.
• It’s EPA-rated at 25 mpg in the city and 32 mpg on the highway with a base MSRP at $22,517.
• It’s best features are an absorbent and quiet ride, comfortable interior and large for its segment.

Cadillac ATS:
• The Cadillac ATS is featured with 4 doors, 5 passengers, rear-wheel drive ranging at $35,590.
• The Cadillac ATS get a 3.6-liter twin-turbo V6 cranking through the rear wheels and either a six-speed manual or eight-speed automatic.
• The EPA rates the ATS-V manual at 17 mpg in the city and 23 mpg on the highway. 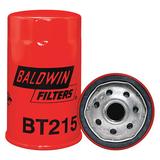 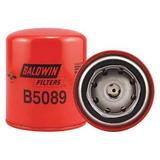 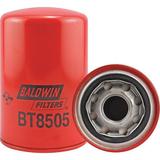 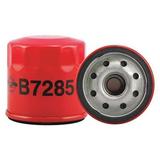 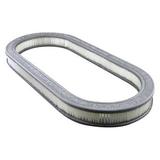 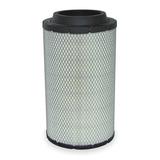 Points to consider while buying a used car

There is always that one car that you considered was perfect for your weekend trips and perfect for a four-mem...

How to care for your Goodyear tires

Tires are an important part of every vehicle, not just because they help move the vehicle but they also play a...

Know which junkyard parts can make you money

Whoever said that you cannot make money from a bunch of scraps has never come across a junkyard parts sale. Ve...

You can easily find used auto parts for cars, trucks or SUVs online. You will find the exact spare parts of al...

Know your Dodge trucks before you buy one

Today Dodge trucks are seen everywhere. The reason behind the popularity of Dodge trucks is their reliability ...

Here’s how the Plymouth Barracuda has evolved

Dodge is slated to release the new Dodge Barracuda in the first half of 2018. The legendary American muscle, t...

Get inexpensive parts for your motorcycle from ebay

Freedom of traveling is at its pinnacle when in motorcycle. Lets face it, when we are traveling along in our c...